Court martial, administrative separation proceedings, physical evaluation boards, and applications to the Boards for Correction and Discharge Review Boards are all part of military practice. As a retired Navy Officer, attorney J.B. Thomas brings 20 years of military law experience to the table.

What Is Military Law?

Military Law in the United States, is a term used to designate the body of statutes, rules, and regulations governing military personnel and also certain civilians during wartime. Unlike martial law, which applies to all persons and property in the district in which it prevails, military law in peacetime applies to military personnel alone. Military law differs from military government in that the latter refers particularly to the military jurisdiction exercised by an army of occupation over the territory and inhabitants of an enemy country.

The basis of the military law of the United States is contained in Article 1, Section 8, of the U.S. Constitution, by which Congress is empowered "to make rules for the government and regulation of the land and naval forces"; the law is embodied in the Uniform Code of Military Justice, which became effective in 1951.

The statutes of military law establish systems of military courts and include penal codes defining the offenses for which persons subject to the code may be punished. Such offenses include mutiny, insubordination, neglect of duty, unbecoming conduct, theft, robbery, rape, and murder. Military personnel charged with crimes of a civil nature may be tried by military courts if the crime is service-connected or of military significance, or if it occurs outside the United States or its possessions.

Similarly, military personnel are subject to trial by civil courts if they commit a civil offense.Punishments vary according to the nature of the offense and range from restriction within certain limits, confinement, loss of pay, or reprimand, to the death penalty for such offenses as murder, treason, and desertion in time of war. Trials before military courts are conducted without a grand jury or a petit jury; for the composition and operation of such courts.

What Is The U.S. Court of Appeals for  The Armed Forces?

The United States Court of Military Appeals, which was re-designated on October 5, 1994 as the United States Court of Appeals for the Armed Forces by the National Defense Authorization Act for 1995. Thus, this Federal Court is established under Article I of the Constitution which gives to Congress the power to make rules for the government and regulation of the armed forces. The court was designed to insure a military judicial system which balanced the need to maintain discipline in the armed forces and the desire to give to service members accused of crime rights paralleling as nearly as possible the rights enjoyed by accused persons in the civilian community. 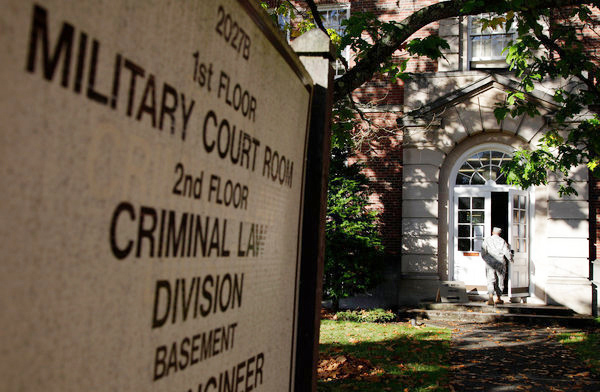 If you are interested in discussing your military law case, request help by filling out and submitting a client information form. You will be contacted by a staff member within 24 business hours.